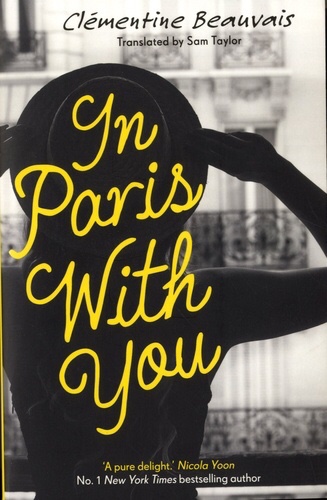 Hi all my amazing bookworms!

I hope your week is going well and that you excited fo the weekend. It’s almost here. 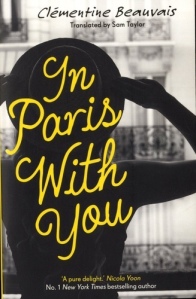 Since I found out that I was going back to Paris I have been trying to finish In Paris With You by Clementine Beauvais. I had seen this book at the beginning of last year but I hadn’t bought it when I first saw it, at the time I think it was because of money, but I wasn’t convinced that I was going to enjoy it. For those of you as yet unfamiliar with In Paris With You it is inspired by the novel Eugine Onegin by Alexander Pushkin, a book, like this, that is wrote in verse. The entirety of in Paris with you is a poem.

And there I have told you what put me off so much. I have never enjoyed poetry. I did the mandatory study of poetry through my English class and GCSEs. I never enjoyed it and I never felt like I was really understanding it.

Eventually, I persuaded myself to by the book … in about July.

Eventually, I convinced myself that, after putting it off for so long, that it was time to read it.

I am glad that I have.

There were parts of it that were hard going and the majority of the time I couldn’t find the rhythm or rhyme. But the writing, the telling of the story was brilliant. I enjoy what was happening. Everything happening from a third person point of view.

I don’t want to ruin it for anyone that many want to read it but in my head I have an idea on who that person is that is telling the story. However, to even say their name would be to ruin the story.

I enjoyed that multiple time period that the story was told in. It added suspense to the book. The combination of that and the narrator was a great way of added suspense to a book that if told any other way would be boring and just another bland, cliched romance story that you read in the summer under the sun that doesn’t require much thought in order to take in exactly what is happening.

My favourite character was, I would have to say the narrator. Without him/her there is, in my opinion, no story. He has quite personality and at time his interaction with the characters is almost hilarious.

I would recommend this book to everyone. It is that sort of book that you should at least attempt to read just to say that you have. I wouldn’t recommend reading this is an evening or just before you go to bed because you wont sleep wondering about the characters or you simply wont put it down searching for the right moment to leave the characters.

Let me know if you have read it and what you thought of this story.

4 thoughts on “Review | In Paris With You”