First of all, I’m sorry that this is a few days late. I have been working a bit extra during the day this week because the children are on their school holidays but I am taking my few extra minutes to write this down.

Last week when I told you about my most recent exploits in Paris I complained a lot about the Paris public transport system. Well, apart from Sunday when I tried to get home from church I haven’t had a problem with it since, so that is good, but a lot of other things have been happening.

Last Tuesday I met up with a friend who I knew last time I was in Paris. Then she was an au pair like me, but now she works at one of the bilingual schools in Paris. We met at The Hoxton, a cute little hotel/cafe on the left side of the river. It was a really cute place. Lots of people just rocked up with their laptop and tablets and sat working. We shared a bowl of truffle fries (A-MA-ZING!) and we chatted for forever. Eventually we went for a little walk, wondering around the 2nd arrondissement for about 40 minutes before I had to head back to the apartment to meet the boys from school.

One of them managed to beat me home, but that was only because his teacher was off sick.

Wednesday the mum was off work, but I still went up and spent the whole day with the kids when they finished at lunch time. The boys had tennis in the afternoon at the Jardin Louxembourg. A great little place about ten minutes walk from the apartment.

I didn’t take any pictures while I was there, but here are some from the last time I was in Paris. It hasn’t changed much. 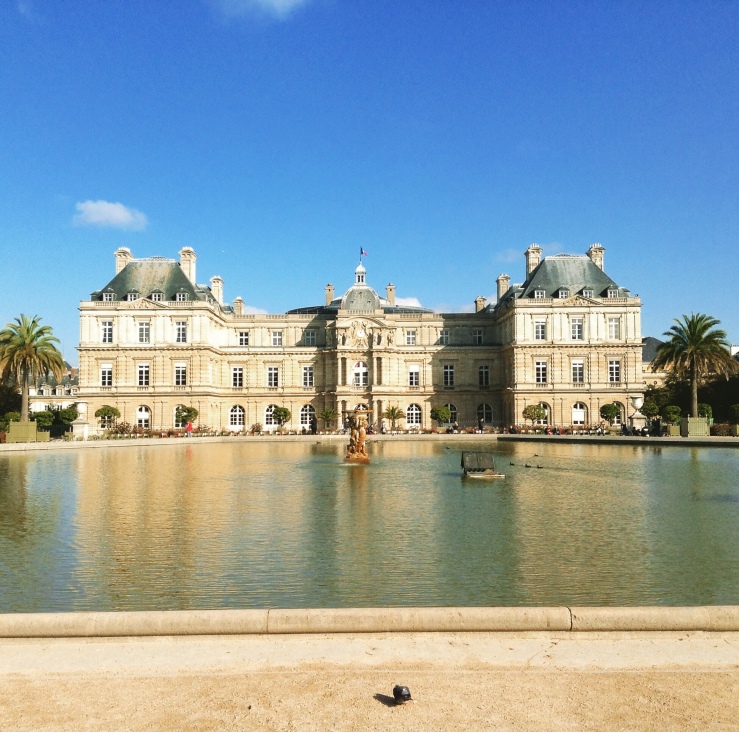 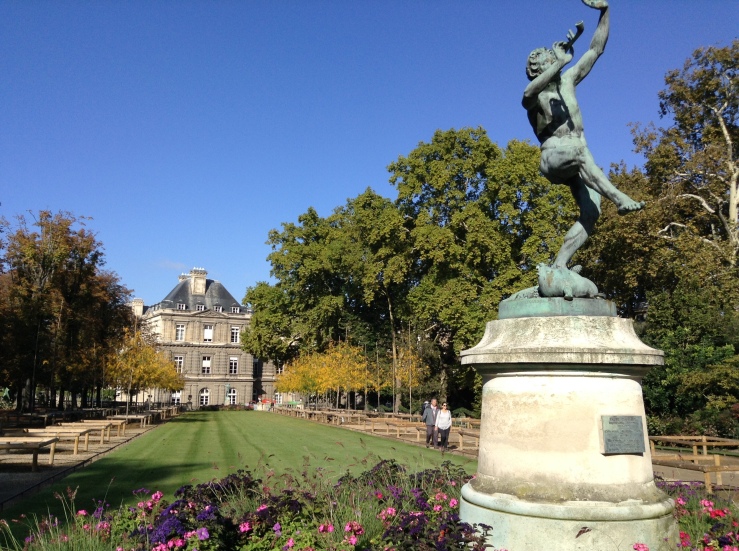 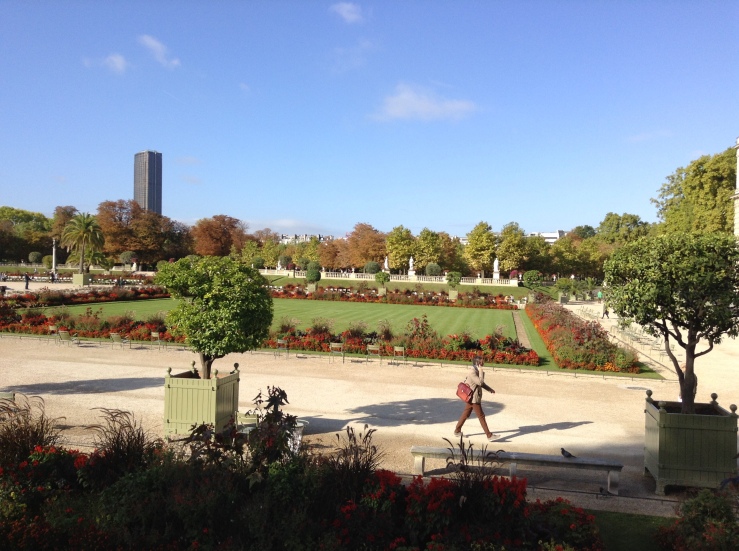 So beautiful, isn’t it?

The boys didn’t need me much while I was there so I wandered round listening to my audiobook and exploring the park.

The day was about as clear as it was in the pictures, but a lot colder and I had to keep moving to keep warm.

The rest of my week passed pretty much uneventfully.

Saturday I thought about doing many things but in the end I just went on a walk around the Latin quarter in the late afternoon. It’s something I do a lot and it’s very relaxing to just take in the Paris air.

When I come out of the front door of my apartment often I think that it doesn’t feel like Paris, it’s just my normal, sedate little corner of the world, but I don’t have to go far to see the Paris that everyone is talking about with all the tourists thrown in.

On Saturday it hadn’t rained all day. It had been bright and dry, if a little cold, but with in about five minutes of me setting out of the house it started to rain. Not heavy. But it prompted me to go for a walk along the Seine where some of it is a bit more covered. And for the first time I really saw Notre Dame from the back. 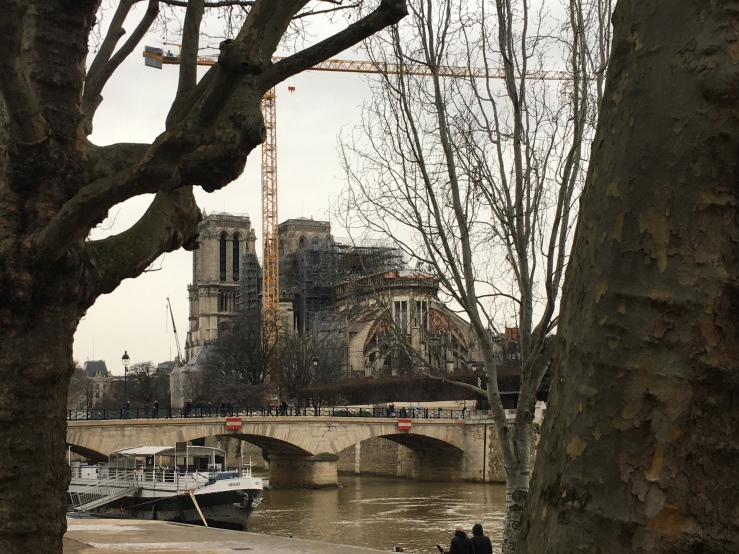 It’s a little more scary from the back than it is from the front. I used to walk past Notre Dame regularly last time I was in Paris. There is a bridge just behind it that leads onto the Isle Saint Louie and on a Sunday there were always street performers. Just behind Notre Dame there is a Park there and I would take the boys there to play when they had time. Now you can’t get close to it for all the building work they are doing.

Sorry, this seems to have taken a turn for the melancholy.

My finished somewhere near Shakespeare and Company and I was going to head inside to do some book browsing for an piece I’m thinking of writing at the end of the month, but the queue outside. I know that Shakespeare and Co can get a queue but this was half way down the street and by this time it was really raining. I thought they must have been insane to stand there with no shelter just queue to get into a bookshop, but then I realised there was a time when I might have done that. Next time I’ll just have to go earlier in the day to avoid the queue.

And that was my week. I won’t bore you with another account of how the metro let me down once again.